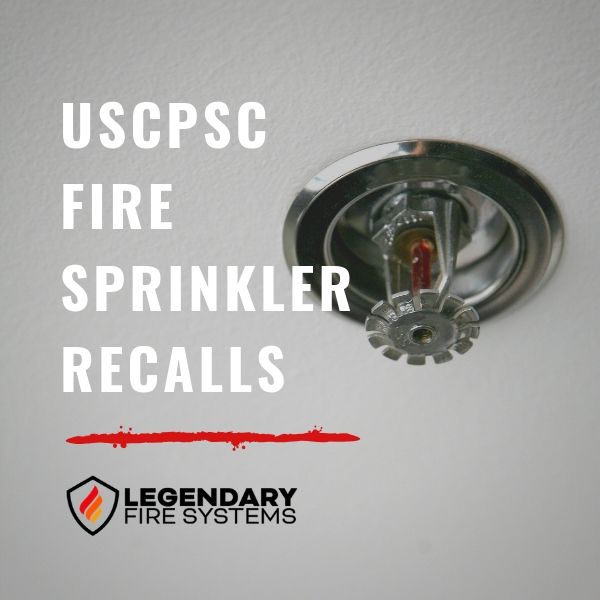 Are There Recalled Fire Sprinklers in Your Facility?

Legendary Fire Systems can assist in identifying if your facility contains these items as well as provide a plan of attack for an effective device replacement.

Some manufacture and model numbers of these USCPSC product recalls are as follows:

Contact a Legendary Fire Systems specialists today to inquire about these and other USCPSC recalled fire systems components.